So first of all, HAPPY NEW MONTH guys. This is a good “November To Remember” and as such I’ll take out some time (& posts) to throw back to when and how “Ebube Agu Quotes” began “officially”. 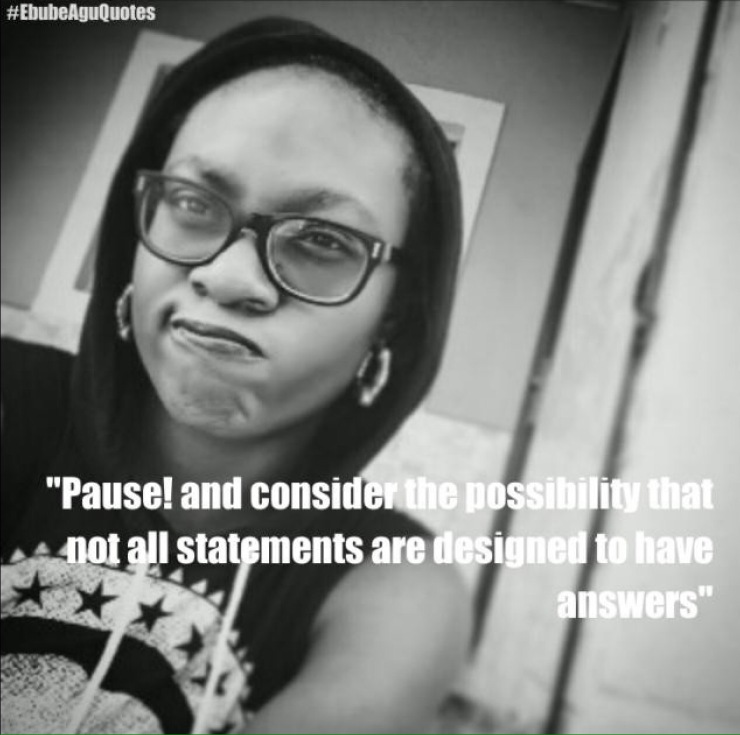 Breakdown– I became wiser when I learnt that I don’t have to react to everything or give a reply! I have the right to retain my response as well as delay it. #QuickToHear #SlowToSpeak This made me more Peaceful, it made me a Better man, It made me WISE! Choose Wisdom Today by Choosing Your Words Carefully. #NovemberToRemember #ListenMore #ThinkDeeply #SpeakLess #SpeakWisely #MinisterGrace #TimWinChrist #EbubeAguQuotes 😌

Fact– “Ebube Agu Quotes” actually began sometime in 2015 with just plain quotes, and later evolved to captivating pictures in 2016. The Vision was to majorly portray life in a succinct and apt manner while making it as graphic and captivating as possible. Since then it has grown and continued to grow . Last month the blog was started and it’s been better and better since. Who knows what next???