The Student’s Union Government (SUG) elections took place in my school this week and of course campaigns were the order of the day, everywhere you went there was an aspirant or his/her campaign agents to block, harass or appeal to you, different strategies employed all in a bid to acquire the votes of students…

This reminded me of the gubernatorial and presidential elections of times past and how candidates would suddenly put on a cloak of humility and pose to be the “peoples’ person” making all sorts of promises and coming down to the level of all.

These same people when elected into office suddenly metamorphose and become out rightly inaccessible to the bewilderment of the same people that voted them in. Or is it when a host of the aforementioned students become members of the SUG and (some of them Ohhh) begin to carry themselves like it was an exam which they took to win and not the efforts and solidarity of their supporters…

On a (not so) lighter note I believe most of us have lent money to a Neighbour, family or a friend in the past… Remember how down to earth, and humble they were when they came for the loan, so full of promises and grateful?

Then I’m sure you’re no stranger to the change of attitude when it came to paying back the said amount, how the sum is suddenly belittled with such ludicrous statements as “is because of that money…” Or some that go as far as “I’ve said I’ll pay you back, is that why you’re harassing me” 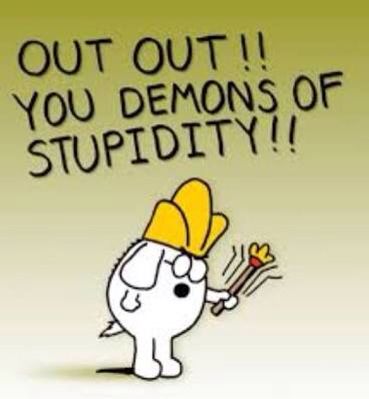 This sudden change of demeanor is really alarming and it gets me wondering what makes their attitude any different from what it was before?

I’m sure most of us are equally familiar with the lousiness that transpires in many offices, like how clerks and attendants get all lackadaisical about their work and when challenged with the fact that they actually get paid to do their job they respond with a comment as snide as “is it that ‘so so so’ amount that they pay”?

I mean for Pringles sake! If the pay is beneath you, the job should be as well!!!

Reminds me of the quote from the movie GIFTED

“Never get on the bad side of small-minded people who have a little authority.”- Evelyn (Lindsay Duncan)

Don’t even get me started on how “daters” or friends, (male and female alike) become overly familiar and grow a contemptuous attitude for their partners who were once held in such high esteem and admiration.

So my country people, I ask again:

WHY THE CHANGE OF ATTITUDE?

Is it because they had already gotten what they wanted?

Wait whollup! I think that’s it,

“Most people tend to often devalue what they already have in their hands (possession), they tend to belittle it and consequently its value is seen to be depreciated…”

Hmmm, this is disturbing… What is it that has lost value in your eyes (but not in reality), what gold have you thrown to the swine because of ignorance and contempt?

Don’t be most people.

APPRECIATE THINGS and PEOPLE & ADD VALUE TO WHATEVER YOU HAVE!